It's 9 o'clock and you're sat with your feet up watching the latest thrilling instalment of The Walking Dead. You're just dunking a biscuit into your tea when your phone begins to buzz. You pick it up. Notification after notification from the company Twitter account. You scroll through with an increasing sense of horror as you realise your MD has logged in and started tweeting... 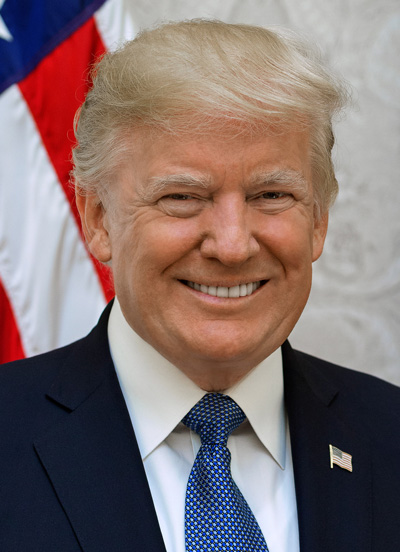 Your half-dunked digestive drops into your tea as you read back through his recent tweets.

He has accused the previous MD of hacking his phone calls and bugging his office. He has live-tweeted a confidential meeting. He has been tweeting about things he has watched on the news when you know he was in a meeting. He has insulted a string of women on the basis of their looks.

You hit pause on the TV and pull up your laptop. MD or not, this must be dealt with...

OK. So Im joking a little, but the example of Donald Trump shows just what a headache social media can be. He might be the worlds most powerful man, but everything he does on the official social media accounts reflects on the values of the organisation he represents and sets the cultural tone of the office.

Its a high-profile position, so do you feel able to address this as you would any other employee? You should. No-one should be above your policies and processes. If they are what kind of message does that send out?

The first rule of any investigation is always: collect evidence. With a social media account, it is best to act quickly, because tweets or Facebook statuses can easily be deleted after the fact. Take screen shots of any updates you think bring the company into disrepute or demonstrate a violation of policy. They are always timestamped, so you can prove when they were made.

If any of the posts name other people within the organisation, its a good idea to get their take. Were they aware of what was said about them? How did it make them feel?

An important element of any high profile case is confidentiality you need to get everyone to agree to keep the matter to themselves and not to discuss with colleagues or anyone out of work. Make it clear that if anyone breaks this rule, disciplinary action will follow. Even if social media activity has been seen by thousands of people around the world, any investigation should take place strictly within company confines.

With evidence in hand, it is time to take it to the person in question for an interview. When conducting an interview it is always best to ask open questions to get the persons point of view in their words rather than yours. Present them with what theyd said on social media, and highlight how and where it breaches policy, and what it has made other people feel like.

In the case of social media, a good question to pose at the outset is: who has access to social media accounts? Often, the person named on the account particularly at management level may hand over the day to day running of the account to someone else, such as a marketing executive or PA. It could be that actionable posts werent the work of the person you think they are, so thats a critical point to look at.

Assuming that you can demonstrate the person you think was responsible actually was, and you can show that this breaches company policy its time to consider a disciplinary hearing.

If I was in charge of the US Government HR department, Id guess I would be alledging that this brings the Company into disrepute, contravenes the Social Media policy and breaches Company confidentiality. In any correctly written handbook most would constitute gross misconduct in other words: its serious.

Hold the disciplinary hearing before any decision is made. Regardless of the thorough investigation this is the individuals opportunity to state their case and explain any mitigating circumstances. Until you have heard this and discussed thoroughly you cant decide on an appropriate disciplinary sanction.

Most of all when dealing with such a high profile case I would suggest that you have the appropriate support HR is a must. Sad! If youre experiencing something similar, why not give me call?

More articles about HR issues can be found here, but follow me on LinkedIn for more regular (and less formal!) updates :-)